Gary Marks is not someone who speaks about himself in the third person. So, I’m just going to tell you about myself.  Although I grew up in LA, I tried to do everything I could to stay away from the entertainment business. (Because I grew up in LA.)  That trek took me across the country, to Brown University, where I graduated with a degree in English & American Literature, still not close to acting.  But, during my junior year, on a trip through Connecticut, I visited the Eugene O’Neill Theater Center, where I observed students doing Chekov for the camera at the National Theater Institute. I was hooked, and I attended NTI for my final semester of college.  And there I fell in love with acting.  Afterward, I returned to Los Angeles, where I  got my MFA in acting from UCLA, and also took time to attend the British American Drama Academy in Oxford.

I worked as an actor for roughly ten years before landing a role on the WB network’s one-hour dramedy Jack & Jill.  While I loved acting on the show, I began to fall in love with everything else happening around me, and before long, I knew that I wanted to control the whole world, not just the lines I had to say while standing on my mark.

And so I transitioned to writing and producing, selling my first screenplay shortly thereafter, a script that later became my first film (co-written with Gwyn Lurie), THE MUSIC NEVER STOPPED. It opened the 2011 Sundance Film Festival, was bought and released by Roadside Attractions and Lionsgate.

Over the next several years, I wrote, produced and directed many hours of television and film, some of which I’m still doing.  While turning away from acting as my profession, I always remained connected to it, and my love of actors never waned. Then one day, during the writing of my most current feature film, MY BOYFRIEND’S MEDS, I was asked by my co-writer to coach a friend of her son’s, who at 15 had decided he wanted to act. I shrugged ok, we began working together, and six weeks later he was starring as the title character in a Disney TV series.

I figured I should devote more time to coaching actors. Plus, I loved it. And, now you’re caught up. Except to say that, over the years of coaching successful clients, I’ve developed a way of approaching auditions that I think gives actors the best chance they have of landing the role and taking the guesswork and nerves out of the audition process. I’ve spent the last few years developing a way to crystalize it into workshops that I give around the country.

Whether it’s as a private coaching client, at a workshop, or just answering a question you may have here, I look forward to meeting you.

I come from a wellspring of inspirational teachers. At the O’Neill there was Lloyd Richards and Dennis Scott (of Yale Drama School), Michael Langham of Julliard, Lynn Britt, Richard Digby Day, Morris Carnovsky of the Group Theater, Rudi Shelly of the Bristol Old Vic.  Teachers that were steeped in wide and varied techniques from classical to method and beyond.

UCLA was split between two schools: one very English, headed up by Norman Welsh and William Glover; and the method branch, where I got the most from Clyde Ventura, who ran the Actors’ Studio in LA.

Every day at BADA (British American Drama Academy) was a revelation. My main teachers, Geraldine McEwan, Rosemary Harris, Paul Daneman (among my favorites) and Earle Gister (from Yale Drama) opened my eyes to practical acting: it wasn’t just a theoretical thing, you had to get up and DO it. And for that you needed a toolbox of reliable techniques.  There was a workshop with the Moscow Arts Theater where I finally understood Chekov. Jeremy Irons, Brian Cox, Simon Callow, Mariah Aitken, they all inspired me and filled my toolbox.  By the time I was done with my education, I had a lot of disciplines from which to pull.

But my professional experience gave me a whole new vantage point. Now, with years of acting, writing, directing and producing, I look at an actor’s work from all angles. As a writer, I know how to lift off that page because I’m putting words down on it every day. As a director, I know what one looks for in an audition room.

As Executive Producer of Shootout on AMC, I had a chance to take in the stories of great actors, writers, directors, producers, agents, managers, publicists, all with a unique and distinguished perspective not just on the craft of acting, but the business of it.  It’s this unique and varied perspective that I bring to my coaching and teaching.

“Gary Marks is smart, generous, and an extremely perceptive teacher and friend. He is both wonderfully inventive and sensitive to the unique gifts of others. He has always been passionate about whatever work he tackles– be it acting, writing, producing, directing, or coaching. He knows himself, so–consequently, and by example– he can help others to find their own truths.” 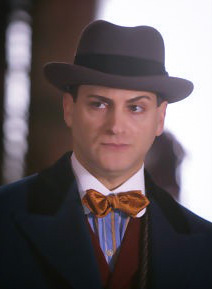 “Gary is one of those rare people that, when you meet him, you feel totally at ease, comfortable in yourself and ready to try anything! He has the ability to get you excited about a role, even if you think there’s nothing there. A man of incredible insight, he has a unique way of seeing characters and breaking them down for you. I wouldn’t have gotten my last film if not for Gary. Even after they thought I wasn’t right for it, couldn’t do it… but Gary pushed me to try again and again until we finally got it. I would have given up, but Gary persevered. I owe him a lot!” 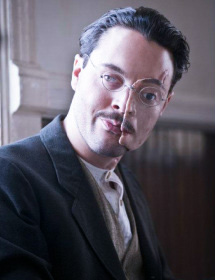 “Gary is a godsend. So helpful and insightful – gives me great notes, puts me on tape and sends it to wherever it’s meant to go. Couldn’t be a more comprehensive service. I can’t imagine doing an audition without him.” 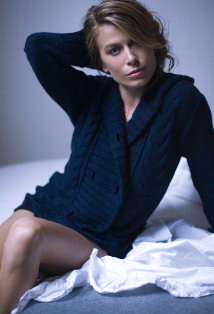 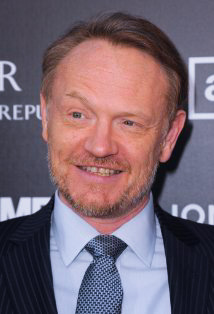